‘Find Your Flow’ is a touch sensitive interactive installation that asks you to feel every pixel of its sequin surface and follow its vibration patterns until you ‘Find Your Flow’.
Our physical movement and sense of touch are a large part of our everyday perception, yet we only passively pay attention to them. By tuning into our senses, we become more perceptive of ourselves and our surroundings, and are more able to enjoy the nuances around us.

This project has come a very long way! I started off experimenting with various interactions to ‘slow people down’. From breathing, movement, touching/feeling, human connection. Below is the documentation of the journey! 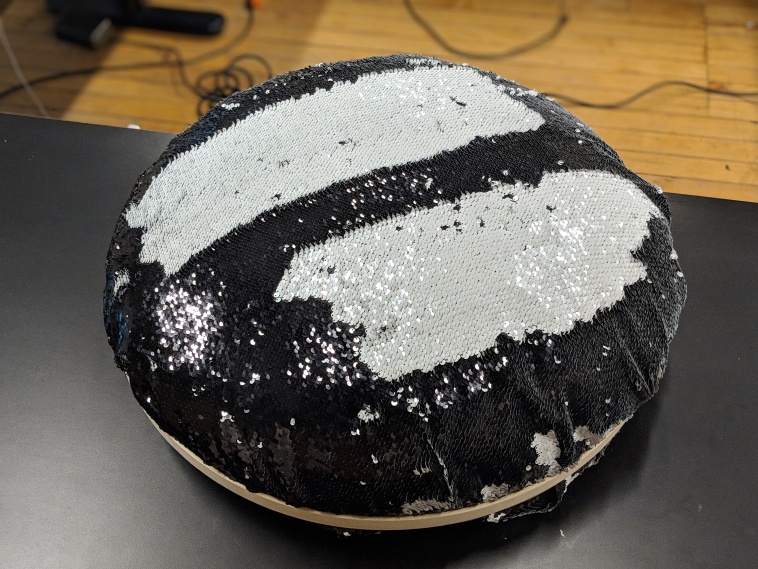 Once I decided on the design for find your flow, I started experimenting with the physical computing aspect of it.

In-class presentation: this did not work! This was sad! My project failed to come to life during the class’s final presentation. However, this forced me to come up with a plan, if all things fail (if the sensors don’t work), which is to create random vibrations.

To be added: video from winter show. 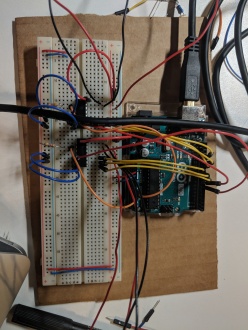 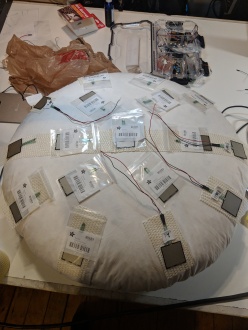 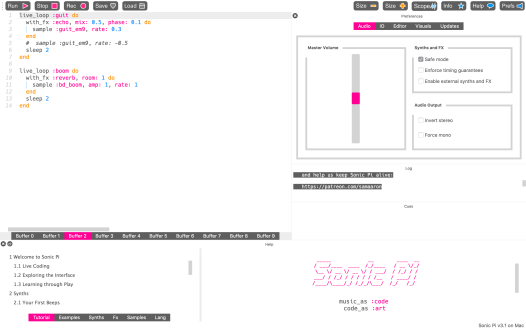